Revealed: Everything you need to know about the Hamilton Beach 56206!

Let’s just get something out of the way here:

I’m a massive fan of the NutriBullet Food Processor, but that’s not everyone’s cup-a tea, you know?

So now I’ll show you a great alternative to the NutriBullet blenders, coming in at the same price range and same versatility levels.

Coming in at $40, it’s a lot cheaper than NutriBullet blenders, yet it’s still an excellent choice for all your blending needs.

I’ve tested out my fair share of fancy pants blenders with loads of gadgets and gimmicks like the Cuisinart PowerEdge 1000 Watt Blender ($200), the Ninja Ultima Blender ($199) and the Vitamix 7500 Blender ($529), so I have to say taking on the seemingly pint-sized (as far as price goes) Hamilton Beach had me a little skeptical at first.

There’s something you have to know:

Even though I do advise you on what my best picks are, the best personal blender for you is still going to be the one that does the job that you want it to do.

So here’s what I recommend – go ahead and invest in the Hamilton Beach 56206 Smoothie Smart Blender if you primarily stick to making the basics like smoothies, puréed soups and salad dressings. More intricate recipes will call for more patience and effort with the Hamilton Beach, but on the flip side, it doesn’t command massive countertop spaces, but just know that it’s not a BIG food processor.

Who Is the Hamilton Beach Smoothie Smart Blender For?

It’s great for you if you need a budget friendly blender that won’t take years to clean and won’t take up too much space in your kitchen. It’s NOT a high-powered blender-food processor hybrid, but it does come in as one of the cheapest blenders out there that can still get a decent amount of work done.

Measuring in at 14.5 inches high, 8.5 inches deep and 7 inches in width, the Hamilton Beach Smoothie Smart Blender isn’t a massive appliance. It comes with a 48 ounce glass pitcher, which is sufficient for quick daily smoothie making uses, and the black and brushed silver finish just gives it a very distinctive and sleek look.

Essentially, the design is really simple and the unit is sturdy, not what I expected to see for a $40 price tag!

Since the design already kind of sets the pace, there’s a lot of great usability surrounding the Hamilton Beach. Operating this blender couldn’t possibly be any easier, and for easy pouring of drinks, the lid comes with a spout to let you effortlessly transfer whatever it is you blended into a container.

The jar itself was okay. It had a sizeable handle that I could easily grip onto to make pouring easy. Another thing that I really appreciated was how easily it fitted back into the base every time after removing it. Some other blenders come with a skill acquirement prerequisite to get the jar back into the base!

Old fashioned blender settings is what the Hamilton Beach is all about, and you’ll find that using it is really as effortless and easy as can be.

The Hamilton Beach 56206 Smart Smoothie Blender is a great, budget-friendly option to get you into the smoothie making game. It’s not the best, but it definitely doesn’t suck. If you’re not expecting to see extraordinary results, you’ll never be let down by its capabilities.

After my initial skepticism, I must say that the Hamilton Beach had me fooled with its ridiculously cheap price tag; all in all, I’m happy with the experience I’ve had with this blender.

At no stage did it outperform the high-end models, but considering the price, this is the best basic blender out there. It’s ideal for budget conscious consumers that need something sleek, durable and capable of doing most tasks, albeit that’s about it as far as expectations can go. 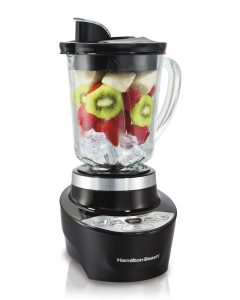 And that’s it. The Hamilton Beach 56206 Smoothie Smart Blender all neatly spread out for you to enjoy.  Hope that you’ve seen the value of cheap blenders and that you understand why it’s not always necessary to opt in for the most expensive models out there.

If you’re looking for a little more variety, I’m amped to give it to you. Please make sure you check out what I have to say about the rest of the affordable smoothie makers out there.

Coming up next, I’ll tell you all about the Oster Reverse Crush Counterforms Blender, which is another great alternative that won’t break the bank. 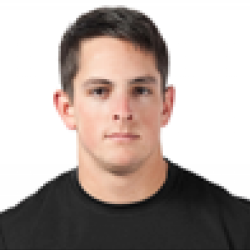 Daniel
This is what I believe in - Physical fitness is not only one of the most important keys to a healthy body, it is the basis of dynamic and creative intellectual activity.

4 Of The Best Spring Loaded Knife Sharpeners We Found On Earth!